After Vigdís returned to Iceland on the completion of her studies, she worked as press officer for the National Theatre of Iceland from 1954-1957 and 1961-1964. She was also programme editor for the theatre’s productions.

For many years, Vigdís worked during the summers for the Icelandic State Travel Agency. She was a pioneer in what would later be known as culture tourism, and organising trips to places of historical interest and to locations mentioned in the Icelandic sagas. In collaboration with the author and well-known BBC television presenter, Magnús Magnússon (1929-2007), Vigdís put together material to publicise Iceland and the Icelandic nation. Vigdís was also involved in promoting Iceland and welcoming foreign authors, journalists and filmmakers who visited the country for sources for articles, books and films about Iceland.

Vigdís was instrumental in setting up a training course for tourist guides in 1960. The course was held under the auspices of the Icelandic State Travel Agency during the directorship of Thorleifur Thórdarson. Courses were held at the University of Iceland, initially in the main building and later in Árnagardur. Teachers on the course included, along with Vigdís, Björn Th. Björnsson, art historian, and Björn Thorsteinsson, historian. Vigdís was made an honorary member of the Icelandic Tourist Guide Association; she bears the first membership card issued.

Vigdís taught French at Reykjavík Grammar School (1962-1967) and Hamrahlíð College (1967-1972), and literature of the French theatre at the University of Iceland. It was during her time as director of the Alliance Française in Reykjavík that it became customary to stage events in the library of the Alliance Française. Among these events were performances by students of French at the University of Iceland of scenes from plays by Marivaux, Musset and Beaumarchais. Many people will remember Vigdís’s televised French lessons in 1971-1972 – this was the first time that Icelandic state television had broadcast the teaching of a foreign language. Vigdís has said that the reason she became well-known in Iceland was her French lessons on television and her years at the National Theatre. Her French lessons were based on French teaching programmes with actors from the Comédie Française. Vigdís’s assistant on the shows was Gérard Vautey.

In the service of the theatre

Not only was Vigdís influential in language teaching at the Icelandic National Broadcasting Service but for two years she was also in charge of introducing theatrical performances as part of the television series Vaka. She was one of the founders of the first experimental theatre group in Iceland, Gríma, in 1962. Gríma was based in Tjarnabíó and performed plays by contemporary playwrights such as Sartre, Ionesco, Max Frisch and Jean Genet. Vigdís translated works including Huis Clos by Sartre (Icelandic: Læstar dyr; English: No Exit) and Les Bonnes by Jean Genet (Icelandic: Vinnukonurnar; English: The Maids) into Icelandic. Vigdís was appointed director of the Reykjavík Theatre Company ten years later, at which time the theatre was located in Idnó in central Reykjavík. Her translations at this time include the comedy La Puce à l’Oreille by Georges Feydeau (Icelandic: Fló á skinni; English: A Flea in Her Ear), which was shown for three years (1972-1975). Vigdís was director of the Reykjavík Theatre Company at Idnó for eight years until she became President of Iceland.

There was a surge of interest in the theatre in Iceland during these years and much effort was put into introducing and performing works by Icelandic playwrights. During Vigdís’s directorship, the theatre company was keen to move to new purpose-built premises. Vigdís supported this idea fervently and, with the help and collaboration of many people, the building of a new theatre was embarked upon. This theatre now operates as the Reykjavík City Theatre. 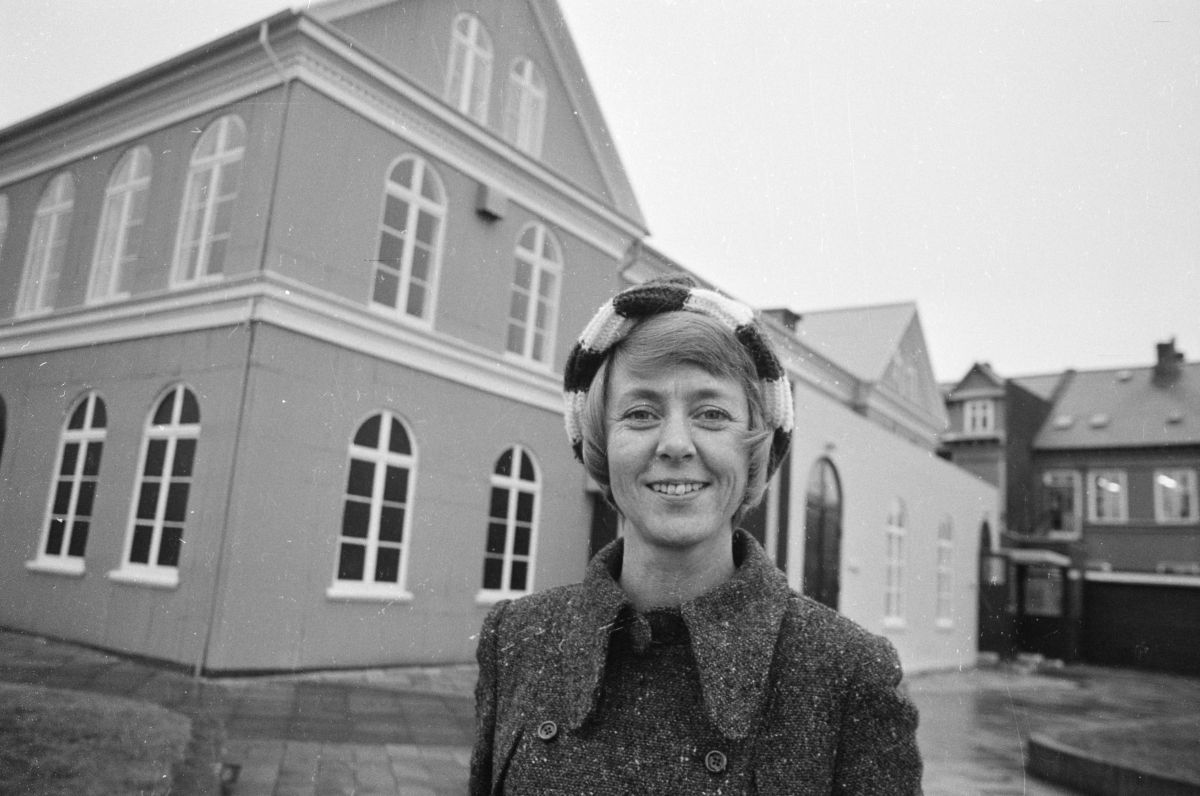 At the beginning of her second presidential term in 1984, Vigdís said that it was impossible to imagine fully what being president involved or how one could learn the job of president. She believed that the President needed to be in harmony with the nation and to strike the chords that would resound at any point in time. She has said that her work in the theatre had proved itself good preparation for the office of president.

Within the Nordic countries

In the positions she has held, Vigdís has worked closely with the Nordic countries and has been an outspoken supporter of the need to promote good relations with Iceland’s nearest neighbours. She has taken on countless positions of responsibility and has supported Nordic cooperation within the Nordic countries and elsewhere. In her time as theatre director, she sat on the advisory committee of the Nordic Council of Ministers for Culture (RKK) and headed the committee from 1978 to 1980 until she became President.