The Icelandic President is chosen by the nation in a direct election. Although the position of President is apolitical, current trends within the country have had a profound effect on candidates’ success.

For a presidential candidate to gain the support of the nation, Icelanders must feel that he or she speaks for them, is their representative and bearer of whatever new ideas and ways of life are uppermost at that time. By the 1980s, Icelandic women had been demanding that their voices be heard and their participation in politics be accepted. The women’s movement brought about an increased understanding of gender equality and advances in legal rights for women. Women’s leadership in the public domain, which had been minimal before this time, increased after 1980. Although Vigdís’s origins did not lie within the women’s movement and despite her candidature not representing the unity of women’s power as such, her presidential campaign was undoubtedly helped by the positive attitude to women that followed International Women’s Year in 1975.

Between 1971 and 1983, only three women had served as members of the Icelandic parliament (Althing). In 1922, Ingibjörg H. Bjarnason became the first woman to be elected to parliament and, until the 1980s, there had only been one or two women in parliament. In 1980, the 10 ministers forming the government were all men. In 1974, men made up 96% of all local government representatives. A similar pattern was seen in ministeries and other public offices. One woman served as ministerial director general; however, the permanent secretaries of all the ministeries were men. There was no female bank director or sheriff. Despite a dramatic increase in women’s participation in the workforce, women did not play an active role in leadership.

It was on United Nations Day, 24 October 1975, that several women’s associations organized a joint programme of events in Laekjartorg in central Reykjavík. Tens of thousands of women stopped work that day and marched to the outdoor meeting to support their demands for gender equality. For the first time, Icelandic women and their struggle for equality gained the world’s attention.

The face of Icelandic politics was changed by Vigdís’s presidential candidature and subsequent election in 1980, women’s participation in local elections two years later and the emergence of the Women’s Party in the run-up to parliamentary elections in 1983. Political parties in Iceland realised that women “had heaps of votes” and that they “dared, could and wanted” to take an active part in politics. Women stood for election more frequently and the number of women elected as representatives increased.

After it became clear that President Kristján Eldjárn would not stand for re-election for a fourth term of office, the question arose of whether a woman should be encouraged to stand for election. Many people supported this idea and the first mention of Vigdís’s name was in the Dagbladid newspaper. In a letter to the editor, Laufey Jakobsdóttir, a Reykjavík housewife, explained how a group of women had come to the conclusion that Vigdís Finnbogadóttir, theatre director, should submit her candidature for presidency. At that point, Albert Gudmundsson, Gudlaugur Thorvaldsson and Pétur J. Thorsteinsson had announced that they would all stand for election. 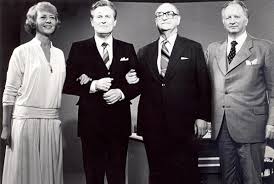 In an article on the presidential elections in Dagbladid on 28 January 1980, Vigdís denied all reports that she would run for president. Four days later, on 1 Febuary, Dagbladid carried a front-page article with the headline “Vigdís to stand for president”.

In the article, Vigdís is asked whether she thinks being a woman will detract from her suitability as president. When she replies, “No”, and is then reminded by the journalist that she is unmarried, she says, “Yes, I am, but I’ve coped up until now in public life, at banquets and other functions without a gentleman by my side.”

When Vigdís was asked whether she had been persuaded to stand for presidency because she was a woman, she replied, “Of course I’m aware of being a woman, even though sometimes I forget. Many of the people who have phoned me want at least one female face among the candidates.”

The following day, in an article in Tíminn newspaper Vigdís explained that she had received lists of support from all over the country: “I think what tipped the scales was the telegram I got from an entire ship’s crew out at sea encouraging me to stand. It’s probably the most beautiful telegram that I’ve ever received.” The telegram was from the crew of the Isafjörður-based Gudbjartur, who continued to send Vigdís letters of encouragement and good wishes for the duration of the election campaign. The crews of other ships followed suit and it became clear that Vigdís had the support of many fishermen. According to Vigdís, they supported her because they spent long periods at sea and valued the hard work and responsibilities that their womenfolk had to take on at home.

Women played an important role in Vigdís’s election campaign. Vigdís’s campaign manager was Svanhildur Halldórsdóttir, and 15 of the 24 elections offices were run by women. Many women who had been active in the Red Stockings movement supported her candidature. They called for women’s power through united action and encouraged women to show solidarity as they had done on Women’s Day Off. Both women and men claimed in newspaper articles that this was the nation’s opportunity to support gender equaliy by following through words with actions. 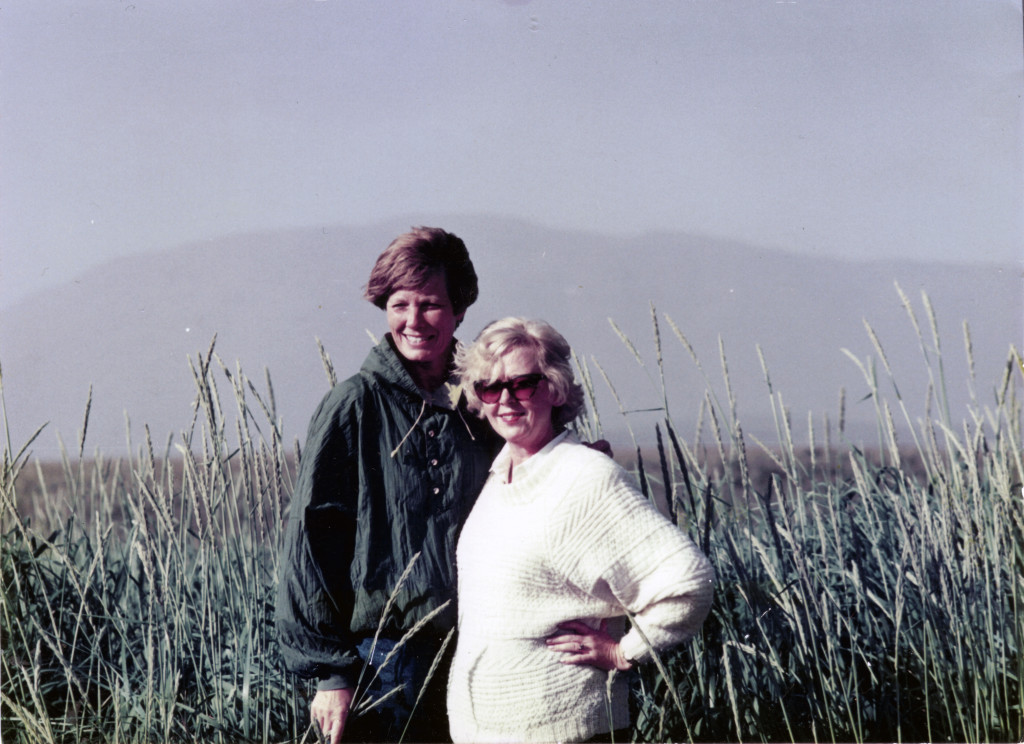 Svanhildur Halldórsdóttir, Vigdís’s campaign manager, is of the opinion that, despite the fact that many people felt she possessed the qualities the presidency required, Vigdís’s unmarried status detracted from her popularity. Vigdís herself always maintained that it was highly unlikely that she would have submitted her candidature if she had had a man by her side. It was not the sort of thing that could be imposed upon a man of her generation, even though she could impose it upon herself. Vigdís claimed that people should vote for her because she was a man. Voting for a woman was just as obvious as voting for a man. “If I can do something that advances women then that is of benefit to the daughters of the nation.”

The cold war was at its height during the lead-up to the presidential elections in 1980. Influential people within Icelandic society felt it unacceptable that the President of Iceland might be able to influence the defence agreement with the United States of America in a negative way. Vigdís was accused of being left-wing and answered her accusers by saying that she supported equality and peace. If that made her left-wing, then she admitted it. The presence of a foreign army in Iceland should be questioned but global danger made it necessary to have an army here. The army was a guest in our country.

Elísabet Thorgeirsdóttir, fish-factory worker and poet, composed a poem for Vigdís during the presidential election campaign.